The Panama Viejo Visitor Center:  you will find exhibitions of excavated pottery and gold pieces, as well as the remains of the burial ceremonies of the indigenous peoples who occupied these lands before the conquistadors came. Maps of the routes taken by the conquistadors, including the discoverer of the South Sea, Vasco Núñez de Balboa, depict the historical journeys that made Panama what it is today. There is also a scale model of what is now known as Old Panama, so you can imagine what Panama City might have looked like before pirate Henry Morgan attacked it. 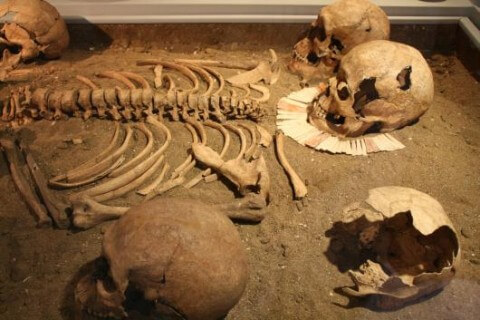 At the Panama Canal Museum, located in Old Town, you can relive the history behind the construction of the Panama Canal, as well as learn how and when the first underwater cable was installed to advance communications on our isthmus. The Panama Canal Museum, popularly known as simply the Canal Museum, is a public, non-profit museum dedicated to preserving, researching, and propagating the testimonies of the history of the Panama Canal. The museum is situated on the Plaza de la Independencia in the township of San Felipe, part of Panama City’s Old Town district. The idea for the museum was conceived in 1996. Its board of trustees decided to rehabilitate the building, which dated to 1874 and opened the renovated museum on September 9, 1997 to celebrate the Universal Congress on the Panama Canal. In ten permanent exhibit halls, the museum displays the history behind the inter-oceanic route that crosses the isthmus and depicts the construction process of the Panama Canal. It also narrates how the canal evolved and was eventually put under Panamanian control, in compliance with the Torrijos-Carter Treaties. In addition, the museum is known to host many temporary exhibitions every year on diverse topics in the fields of culture, architecture, history, and environmental conservation.

You will be able to observe the miracle of nature that brought the Isthmus of Panama out from the ocean depths and united North with South America, prompting a massive species migration, at the Museum of Biodiversity or Biomuseum. Designed by the famous architect Frank Gehry, one of the seven museum halls, called “The Great Interchange”, explains precisely how mammals crossed the land bridge of modern Panama three million years ago. 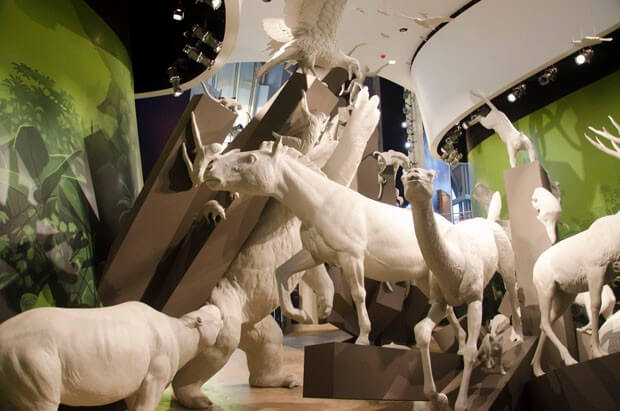 Panama History Museum: Located in the Municipal Palace in Old Town. Open from Monday to Friday, from 9:00 a.m. to 4:00 p.m.

Museum of Natural Sciences: Located at the intersection of Cuba Avenue and 29th and 30th Streets. Open from Monday to Sunday, from 9:00 a.m. to 4:00 p.m.

Museum of Colonial Religious Art: Located on 3rd Street and A Avenue in what was formerly the Santo Domingo church and convent in Old Town. Open from Tuesday to Sunday, from 9:20 a.m. to 4:00 p.m.

Afro Antillean Museum: Located at the intersection of 24th Street and Justo Arosemena Avenue. Open from Tuesday to Saturday, from 9:00 a.m. to 4:00 p.m.

Bolívar Museum: Bolívar Hall Museum (Heritage Site) is located at the former Bolívar Institute, in front of Bolívar Plaza. Open from Tuesday to Sunday, from 9:20 a.m. to 4:00 p.m.

The Museo de la Nacionalidad in Villa de Los Santos is located in old 19th-century mansion. The museum presents national and foreign visitors with pre-Columbian pieces, not only from the region of Azuero but also from the different provinces of Panama. It also displays the weapons used by the conquistadors and our indigenous populations. The Nationality Museum in La Villa de Los Santos was founded in the midst of the celebration of independence, during November 10, 1974. This house has had different roles throughout history: you can find documents dating from November 10, 1821, date of the First Cry of Independence of Panama of Spain, as well as letters and documents signed by Simon Bolivar, “The Liberator” of America. 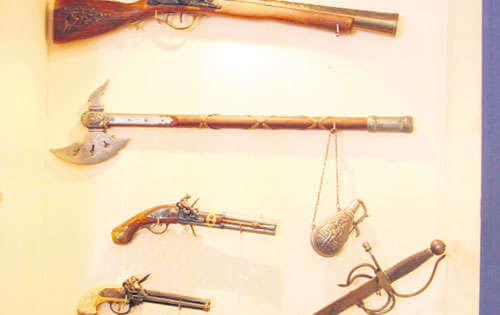 Herrera Museum reconstructs the past of the village of Herrera. It is structured to present rooms and sections providing a step-by-step tour of this cultural landmark. The ecological corner, at the entrance of the museum, presents environmental samples of the province with different themes, including flora and fauna. An archaeological room called Agustin Ferrari contains prehistoric remains, such as those related to the appearance of man on the isthmus following the chronological sequence of passing through Herrerana land, until the arrival of the Europeans to the region. The Museum of Herrera and the rooms that comprise it, tell the story of a town that has left traces in many stages of history and is a thoroughly established cultural treasure that mirrors the past, present, and future of the region.

On January 15, 1959, the Belisario Porras Museum opened its doors to the public. Many items are on display here, including a magnificent portrait of him done in oils by Juan Manuel Cedeño in 1959, which shows him dressed in a tuxedo and wearing the presidential sash. He was President of the Republic of Panama on three occasions: 1912-1916, 1918-1920 and from 1920-1924. Diplomas, awards, and personal objects, as well as iconography and materials of his most remarkable works made during his presidential administrations are also shown on the walls. The works include the railway construction, Chiriquí Road, buildings for the National Archives, St. Thomas Hospital and many other important projects. 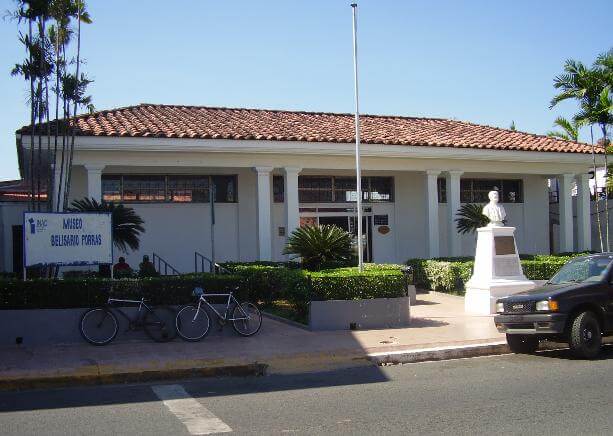 This Museum is located just across from the square that is honored to be named after this great political leader, on a piece of ground where the house that Porras was born at on 27 November 1856 was erected. Given the great historic significance of this property, the National Assembly of Panama declared this place a National Historic Monument in 1953 and three years later, a large and rectangular, twenty-five meter long and seven-meter wide hall was built, with a red imperial tile roof and one single main entrance door.

This wonderful privately owned museum features the best collection of Panamanian art anywhere, an excellent collection of works on paper by Latin American artists, and the occasional temporary exhibition by a foreign or national artist.

Ideal for families, CEM is operated by the Smithsonian Tropical Research Institute (STRI). This informative marine museum features two small aquariums and a nature trail through a patch of dry forest containing sloths and iguanas. Signs are in English and Spanish.