It is not difficult for tourists to enter Panama, especially those coming on flights from North America or Australia. All foreign nationals need a passport that is valid for at least three months from the date of entry. Tourists must also be able to prove that they have at least US$500—a bank statement, traveler’s checks, or a credit card usually works. Finally, all travelers entering Panama must have a return or onward ticket out of the country.

Panama divides tourists into two groups – those that need a tourist visa, and those that only need a passport. The length of time that one can stay in Panama is not straightforward. Tourists can generally always stay for at least 30 days; 90 days tends to be the limit, although this can be flexible depending on the immigration official you talk when you enter the country.

Most visitors get to Panama by air. Panama’s main international airport is the Tocumen International Airport (Aeropuerto Internacional de Tocumen), which is 25 kilometers (15 mi) east of Panama City. The airport recently underwent a multimillion-dollar expansion that has made it pleasant, modern and easy to navigate. It has good restaurants and a nice scattering of stores for shopping. Its airport code is PTY. 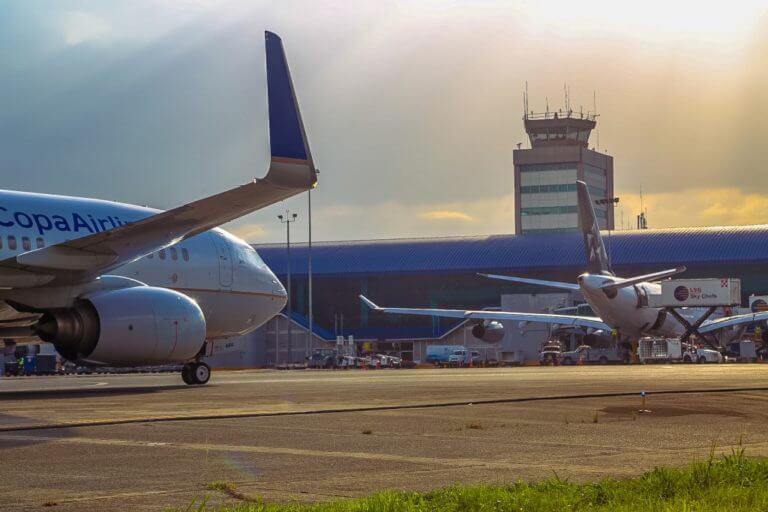 In 2006, Tocumen S.A. started a major expansion and renovation program. The main passenger terminal was expanded 20,830 m2 (224,200 sq. ft.) at a cost of approximately US$21 million. New boarding gates were built to allow more flights to and from Panama, and to facilitate the growth of commercial and internal circulation areas.

Tocumen airport administration acquired 22 new boarding bridges and replaced the oldest 14. This included the addition of six remote positions, hence allowing Tocumen Airport to have 28 boarding gates. The new installations were opened in 2006. The airport also has a VIP lounge, Copa Club, operated by the partnership between United Airlines and Copa Airlines that caters to Copa’s partner airlines and Star Alliance members. It also had an Admirals Club for American Airlines, which closed on June 30, 2012.

The next step of the modernization project was the purchasing of new equipment to provide service and support to the common areas of the airport. New equipment included: modern boarding gates and elevators, luggage conveyor belts, flight information system, and revamping the air conditioning system.

The second expansion phase of Tocumen International airport is the Northern Terminal. At a cost of USD 60 million, a completely new terminal with 12 additional terminal gates was built. With these 12 new gates plus the existing 22 gates and the 6 remote aircraft docks, there will be 40 gates. The new facilities include platforms, taxiways and a new road, which connect both the cargo terminal and the airport’s administration building. The Muelle Norte is linked to the main passenger terminal and have 10 moving walkways for passengers and 1,400 m2 (15,000 sq. ft.) commercial areas. The luggage sorting system was expanded to accommodate increased demand. The tender for the design of the second phase was given to Ecuador-based Planman Cia. Ltda. Colombia-based Aerotocumen won the tender of the construction of the North Terminal.

The South Terminal started a bidding process during the first half of 2012 and the Brazilian company Odebrecht acquired the contract. Tocumen S.A. made an investment of US$780 million, which includes 20 additional gates. It includes the construction of a new terminal, hundreds of parking spots, Tocumen river diversion, and four new direct-access lanes to the airport. The terminal will have gates able to accommodate the Airbus A380 and the Boeing 747 as well. It is expected for it to boost international traffic by attracting new airlines and increasing its operations. The new terminal is scheduled to open in 2017.